play audio or right click download entire class radio quality
The brain is a reducing valve. – Aldous Huxley
We have become the kings and queens of prejudgement. There is so much information for us to take in it is almost a prerequisite for sanity that we develop methods of screening out the unimportant. 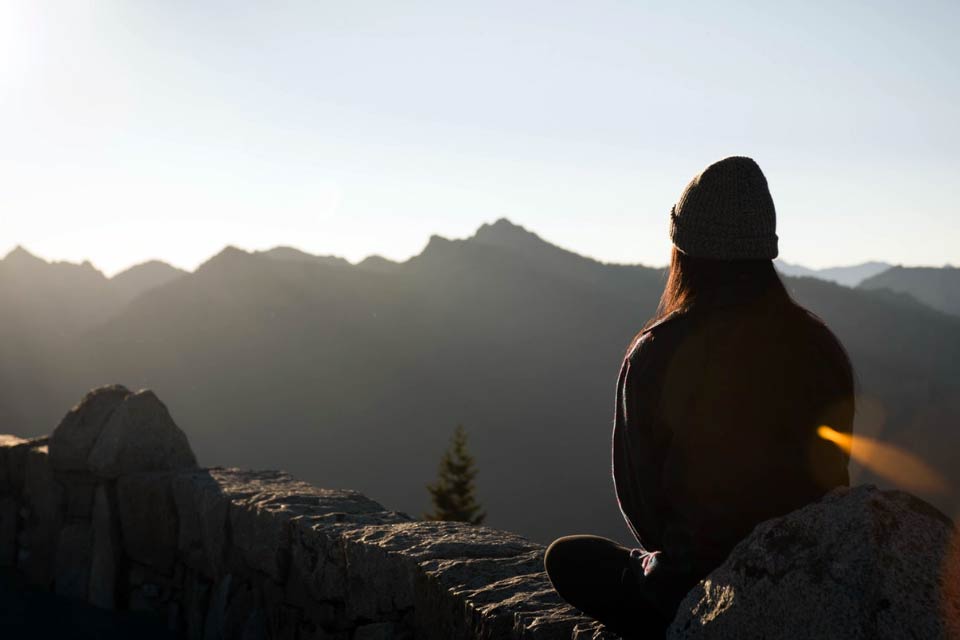 The only thing is that the media, advertising – the sounds and sights of the illusion – are shouting all the time at us in CAPITALS TELLING US THAT WHAT THEY ARE SAYING IS VERY IMPORTANT.

Sadly, we believe them and we start to filter out the wrong things. We start to believe it is really an imperative to be rich and famous and have power over others. We really do think that the terrorists are everywhere, that to be in fear is a normal state and that we need a facelift or botox to retain our worth.

Even more than this, we become the experts of categorising so as not to experience a thing fully. If something does not have a name it does not exist. We look at things and measure and analyse their surfaces and mistake that for their reality. “O he is gay, or she is too young, or too old, or too fat. He is a druggie, an alcoholic, he’s divorced or bankrupt;” – do you see what I mean?

These dimensions of prejudgment are so insidious that we begin to be bored with everything because we have prejudged everything. We have seen it all. The reality is that we have actually experienced very little.

Instead of scanning over the top of everything and labelling and prejudging, if we stopped at any single thing and experienced it fully in the infinite power and presence of now, we would find that there are universes within each thing we are not even glimpsing.

Jamie was bored and uninspired. There was nothing to do. His playstation needed an upgrade, the internet was dull and his girlfriend was away with her parents. He thought about his future. What he might do. A surfer? A professional skater? ‘Nah’ he thought, ‘I couldn’t do that – I am not good enough’. He turned on the TV and sat and stared, flicking through hundreds of channels and falling deeper into his chair. He was overweight, lacking in confidence and too young for most things but already too old to change.

His parents were out and he had wondered for some time what their preoccupation with alcoholwas about. So he decided to try some. A bottle of whisky had been opened and was sort of water coloured so he poured a little into a glass and refilled it carefully with water. It was so strong on his lips and actually so distasteful that he immediately wanted to spit it out. But he ploughed on, assuring himself that it must be important because all the adults were drinking it all the time. 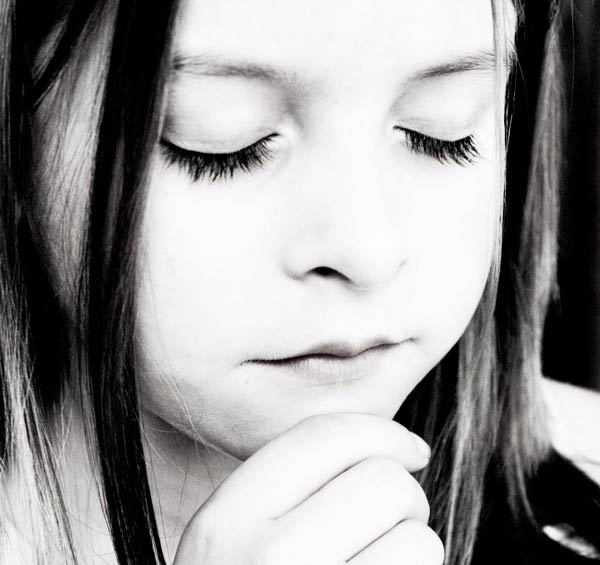 The effect was immediate, he felt himself relax. As though there was a distance between the nothingness he had just been getting bored with and the excitement and ‘maturity’ of being more adult.

Believe it or not his addiction had begun. He was no more than 11, but he very quickly associated alcohol and drugs with the distance he needed from pain and boredom and the things he did not understand. The example of most adults was to reinforce this in Jamie’s mind. He saw it over and over again that when people were troubled or perhaps did not understand why something had happened, drugs where there to distance them from the pain.

And he was always bored. He had labels for everything and everyone, mostly they came from others but he enjoyed them all. He enjoyed the safety they gave him. He never had to listen or to think because all the labels meant he could dismiss a thing before it tried to change him. Whenever he met someone new, inside his head he would scan for a label, a prejudgement and then dismiss them. She’s a ‘red-neck’, he’s a ‘hippie’, they’re ‘gay’, a ‘muslim’, never done drugs or whatever it might be. The reality was while they were able to be labelled he was able to dismiss. And not listen, not change, not grow. Everyone was in a minority group and everyone and everything was at a distance and therefore boring.

This approach of Jamie’s is quite universal. We are taught to stay on the surface of our lives, to stay with the ego and not allow the deeper introspection that might allow us to realise our other deeper dimensions. This is what the world of the ego demands. For it the past and future are incredibly important but the now is not, in the now it is lost. The ego is always striving to be one cm higher than the next person and labels ensure this.

The ego will walk in a room and see tables and chairs that have a past and future, dead matter with a function and perhaps fashion. In a few moments it will have prejudged in some manner with labels and names and be quickly bored.

But the heart will come and feel energy, it will see the colour and energy of things, see the life within the flowers on the table, or even the table and chairs themselves. It might feel a depth in any single thing perhaps even a single point of paint on one of the legs of the chairs. The heart will feel vibrating energy, love all around and even the smallest thing will open multi-dimensional universes of perception and reality. The heart does not know how to label and name, to prejudge or analyse intellectually, it knows only how to feel. How to feel eternity and infinity in a moment.

By the time Jamie was 20, he had tried every drug known to man, he had robbed and stolen and long ago been kicked out of his house. He lived now on the streets of an unnamed city with pain coursing through every cell of his being more and more. His overwhelming desire was for more distance. More distance from his pain. Distance from the things he did not understand. From the people he hated. From those that he ripped off. Distance was his mantra. Distance from his heart. Because it was his heart, his conscience, that the drugs were in charge of silencing. 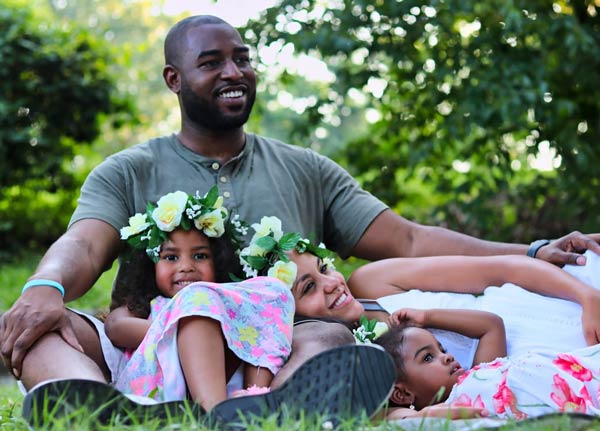 Then one night his addictions became too much. His blaming and prejudging every one and everything else took him to the side of a road with a syringe full of something that he knew was way too much, but it was all he knew. He hated himself. He hated that he couldn’t get this figured out. That he couldn’t be like everyone else. The world was screwed up and this was the only way to get distance, to get numb. The walls were closing in on his life. There was no other way he knew except distance. He no longer knew how to love and worse, he had no idea how to receive it. His mum and dad and sisters and brother had only last week came and offered to give him whatever he needed, had hugged him and told him they loved him, but he had returned to the only comfort he understood. He certainly had no idea how to receive their love. And as the syringe squeezed down and into the last of his veins, he felt the ultimate pain of regret. Of not seeing. Of not looking any deeper than the surface. Of not knowing the 'universe in a grain of sand' or the vastness of 'eternity in an hour'. He looked at himself there on the gutter with vomit oozing gently from his pain wrecked body and felt the lament of someone who had not seen.

And suddenly he did.

He saw the love that had surrounded him, the people that had cared, the leaves and the flowers that had tried to radiate energy and meaning to him, the raindrops, O those raindrops that splashed on his face. And the pain now was so full and all encompassing, the pain of regret. He looked up and there was finally a friend. No judgement, no labels just a friend with unconditional love. And in the pain he could finally see that it would be resolved. He would get another chance. It would be even more painful, but he would get another chance. He knew that he had to make it through and it would only come with this deeper seeing that he felt now.

That even the pain was an exhortation for him to see. And finally he welcomed it, He felt the pain a wonderful blessing. For the pain meant he was still being given the chance to grow. ‘O blessed pain’ he thought, ‘O blessed pain, thank you.’

His friend continued to smile. Nothing said.

And he realised something more. That all his life he had craved distance when actually all he wanted  to feel now was closeness. He realised that the labels and the prejudging kept him stuck in the ego, stuck in the illusion of the surface. He realised that just looking at something with his heart, just like he was doing now, he could see things with much more depth and authenticity. He realised all his labels did was try and identify the only part of a thing that was actually not real, that the real reality was far deeper and beyond the names and labels.

He looked around and realised that science and our world had millions of different names for all these things but in reality there was only one name that made sense and that was love. All this was love. It was love in a trillion bazillion different guises but it was all love. Every label, every criticism had shut the door on another way love could shine through. His friend smiled broadly and they walked off.

He had all the time in the world. 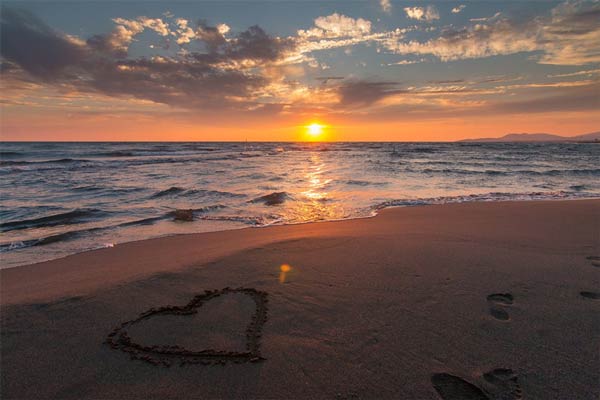 Try and entertain the idea for this moment that the whole universe loves you. It is trying to love you at every moment. Think about the small number of ways you allow yourself to be loved.

Breathe deeply and contemplate the criticisms you have in your life.<

Gratitude opens doors for the universe to love you.

Feel gratitude for air. For the clouds. For the sun and the stars. For wind and rain. Do you feel the universe being let in? Can you feel yourself opening to the universe when you are grateful?